You’re probably familiar with the term CBD by now. Either you’ve seen it splattered across newspaper pages or in the ingredients list of the new acne treatment cream you were scrutinizing. Whatever the case, CBD has been the center of great controversy over the years.

Supermarkets have been exploding with CBD products. It seems as if CBD has made it into anything that we consume. From edibles to lotions, cannabidiol has taken over the markets. However, that is not true for everyone. A lot of people still have limited or no access to anything related to CBD because of the strict, regulatory laws surrounding it in certain jurisdictions. To understand why governments felt the need to regulate CBD, and if we can trust the marketers who are advertising CBD oil as a cure-all for all types of diseases, we need to take a closer look at CBD and its properties.

Are you wondering why you’ve only just started hearing about CBD? Well, that’s because it was banned for a fairly long time! CBD, or cannabidiol, is the substance extracted from the notorious marijuana plant, Cannabis sativa. That alone explains the controversy regarding CBD. Mid last century, several countries around the globe criminalized the production, use, and sale of marijuana or related products.

Unfairly enough, when the governments banned the use of cannabis, they classified it as a Substance I. The classification meant that cannabis, or any substance derived from the plant, has a high potential for abuse and has no possible medical use. Cannabis was only believed to be a recreational, highly addictive, and dangerous drug that made people high and was banned without any further reservations.

This was faulty analysis because higher amounts of CBD are found in one of the varieties of the cannabis plants – the hemp plant. CBD extracted from hemp contained an extremely low ratio of THC, making it impossible for it to be used as a recreational drug since it wouldn’t produce any high.

The marijuana high comes from the amount of THC in the plant. THC is the main psychoactive compound found in the cannabis plant. With a lower THC content, like what you get with extracts from the hemp plant, there is no possibility of a high, and yet the benefits stay the same.

The classification severely obstructed any medical research on the topic for years. Only recently has further research started taking place with some scientists claiming that marijuana extracts (of course, the non-addictive ones) can be a miraculous cure for some illnesses and afflictions. 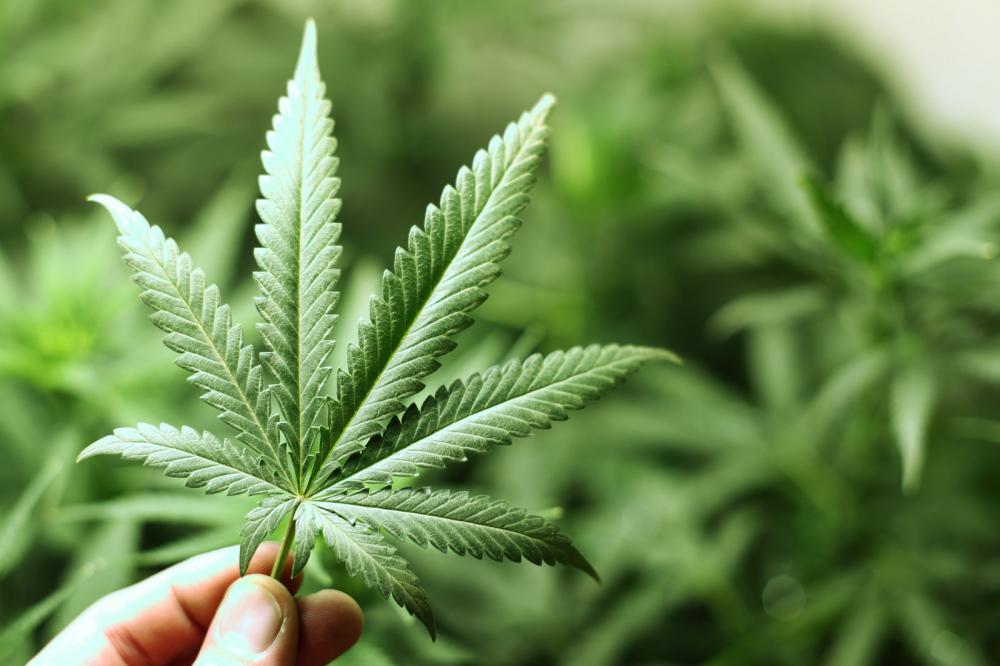 The pressure from the scientific community and the evidence stating the medicinal benefits of cannabis made for a very strong case, and gradually, governments began decriminalizing it on the condition that the extract used in medicine and foods cannot give the ‘high’ that is associated with cannabis.

Though many countries started decriminalizing medicinal cannabis at the turn of the century, most major countries only started decriminalized cannabis very recently. The United States passed the Farm Bill 2018, which officially lifted the criminal status of cannabis. Following the bill’s passing, production of safe, non-addictive, non-psychoactive cannabis-derived products came into the market and became popular.

Are you still worried about CBD oil being illegal? The Farm Bill 2018 assures you that it is not, as long as there is less than 0.3% of THC content in the oil and the oil is derived from the hemp plant.

With the legal obstructions are out of the way, marketers are now promoting CBD as a cure for diseases and conditions ranging from anxiety to cancer. Studies are still ongoing, with some presenting solid evidence of CBD’s beneficial properties for some conditions. Other studies are still in their infancy days and require more research and experiments.

Nonetheless, the results look promising. Scientists expect to find far more benefits as they continue to study CBD in detail. One breakthrough came through when the FDA approved Epodoxil, a medicine containing cannabis, for epilepsy. Many more are thought to be coming our way, with cannabis’ health-benefits far outweighing its recreational properties.

How Does CBD Oil Work?

CBD does not produce the high that marijuana does. Though CBD (cannabidiol) and THC (tetrahydrocannabinol) are both among the 120 cannabinoids present in the plant, the difference is that CBD does not produce a high, while THC does. This is because both CBD and THC affect different receptors in our bodies.

Did you know our body produces cannabinoids by itself? Our body has an endocannabinoid system (ECS), which is responsible for producing cannabinoids. Cannabinoids aid the human body in regulating sleep, managing pain, and other immune-system responses.

When THC enters the body, it stimulates the body’s rewards system, producing chemicals such as dopamine, which make people feel giddy and euphoric. CBD works in a very different way, though. It hardly alters anything about the ECS. CBD is not believed to attach itself directly to receptors. Instead, CBD encourages the ECS to produce and use its own cannabinoids more effectively by activating or inhibiting some compounds. That is why CBD oil can help the human body perform better without interfering too much with the natural system or producing a high.

How Is CBD Oil Made?

Concentrated CBD extract is obtained from the stem of the hemp plant, through distinct processes of winterization and Short Path Distillation.  The extract is mixed with a carrier oil, which makes cannabidiol oil, which is safe to use and consume.

CBD is tricky to extract from the plant. The wrong extraction method or tools can severely damage and alter the plant’s medicinal properties. CBD extraction methods aim to extract pure and safe oil for human consumption from the stalks of hemp or cannabis plant. For this purpose, utilizing the correct machinery is crucial for high-quality CBD oil.

There are several purported benefits of CBD oil for human health. Some are well-researched and FDA-approved, while others are still undergoing research and need further evidence before they can be successfully and confidently flaunted as one of CBD’s benefits.

By far, the most extensive research has been done on the use of CBD oil for epileptic children. The studies have mainly been focused on refractory epilepsy in children, and clinical trials have shown promising results in reducing the frequency of epileptic seizures and improving quality of life.

After thorough research on the safety and effectiveness of using CBD oil to treat epilepsy, in 2018, the FDA approved Epidiolex, a CBD-based drug meant to treat two rare and severe forms of epilepsy in children. Convulsive seizures in patients of Dravet syndrome, a form of epilepsy, have also shown a 50% improvement in clinical trials.

This was a real milestone, as this was the first of any cannabis-based drug approved for use by the FDA. The fact that it is safe to use for children only adds to evidence of CBD oils being harmless for use in conventional medicine.

One of the other researched and proven benefits of CBD is that it eases chronic pain. CBD has anti-inflammatory properties which help the body manage pain, making it a great treatment option for people with arthritis and back pain.

The use of cannabis for treating pain is not a new practice. It has been around for centuries. Many ancient medicinal practices used cannabis as a pain-reliever. CBD has also been shown to increase the effectiveness of the body’s cannabinoids in helping patients sleep better, which is a common problem for chronic pain patients.

Most other drugs for pain management have the drawback of losing their effectiveness over time because the body naturally develops a tolerance to it. Increasing dosages can have unintended, adverse effects on the health of patients. Opioids, usually administered for pain management, can be entirely replaced by CBD oil as it causes lesser harm to the patients.

Different research studies have made an interesting observation: CBD oil helps people recovering from substance abuse by reducing their mild withdrawal symptoms like anxiety, insomnia, and mood swings. Thus, CBD oil can be incorporated into treatment plans for recovering addicts. Researchers claim that patients receiving CBD oil showed reduced cravings and anxiety, making it a great option for people struggling to get over substance abuse.

There is ongoing research about CBD oil’s ability to slow down the progress of Alzheimer’s disease. A study showed that CBD oil protects the hippocampus; the part of the brain that is responsible for memory retention and understanding. Inflammation has also been shown to be a core cause of Alzheimer’s, and CBD oil helps significantly in this regard by reducing inflammation. CBD is also showing hopeful results in slowing down the decline of brain cells in Alzheimer’s patients.

CBD oil is also considered beneficial for other age-related illnesses, like dementia and Parkinson’s.

Yet another natural solution found in the miraculous CBD oil is for depression and anxiety. CBD oil started gaining the attention of the scientific community when some research showed a positive link between the use of CBD oil and the reduction of depression and anxiety symptoms in patients. Other drugs used for the treatment for mental disorders are often addictive, and CBD oil promises a non-addictive, less harmful alternative.

Topical application of CBD oil has also proven helpful when it comes to treating acne and other skin conditions. Because of its powerful anti-inflammatory properties, CBD oil helps prevents acne by inhibiting the skin’s sebum-producing glands.

CBD oil is also used in topical medications for acne and other skin diseases. Many commercial, over-the-counter lotions and cream use CBD oil in their formulas, though the levels of CBD in these are not regulated and their effectiveness is doubtful.

There is not enough evidence to determine the effects of CBD oil on pregnant and breastfeeding women; thus, they are advised to avoid using the product too much. There has been some evidence pointing to CBD oil reacting with other drugs in the body because of the way CBD is metabolized. If you’re on major medical drugs for serious conditions, you should consult a doctor or a health specialist before taking CBD oil for various treatments. 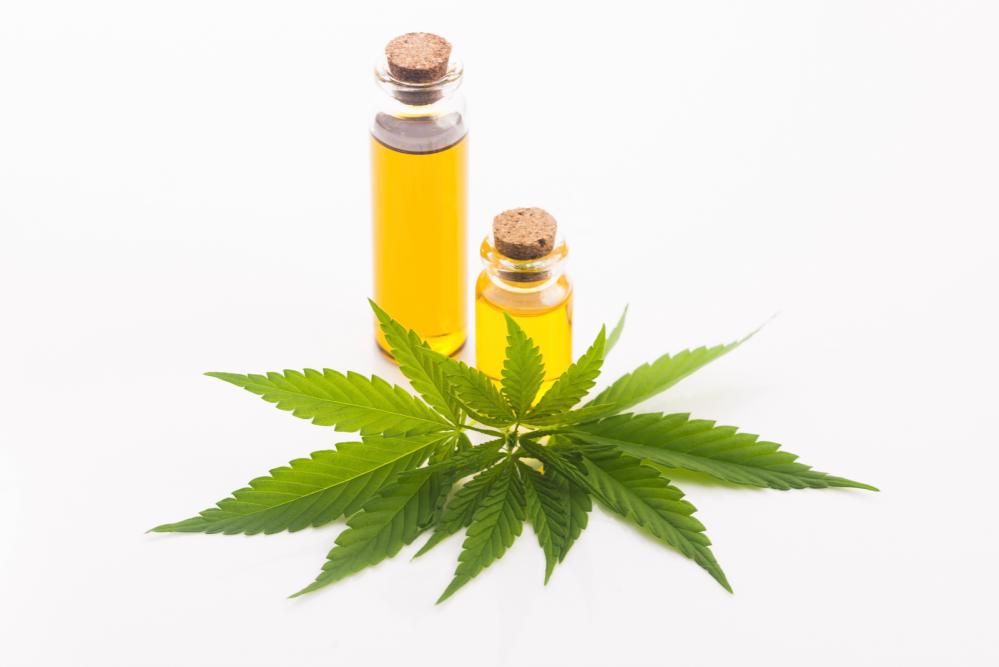 With the onslaught of the hundreds of products that have made it to the market, all singing the praises of the miraculous CBD oil, it is difficult to see which ones are legal and safe to use. CBD oil is supposed to have negligible or no THC content, but not all products are the same; some have varying degrees of THC content. This is why you should do your research and purchase your products from trusted brands that do not compromise on their quality.

Maverik Oils guarantees the highest quality of CBD oil available. As with all other products at Maverik Oils, we use and stock only premium-grade oils that meet the regulatory requirements in our jurisdiction. Our CBD oil has no THC content, is safe to consume and strictly adheres to the quality requirements of the law. Order your batch of the finest CBD oil from Maverik Oils by calling us at 1-888-516-8881.