Everything Under the Sun About Dough Conditioners

Home / Uncategorized / Everything Under the Sun About Dough Conditioners

Everything Under the Sun About Dough Conditioners

Is making bread at home proving out to be more difficult than you initially thought? No matter what you do, it’s always a gamble when you’re putting the dough in the oven since you can never be sure how it’ll come out. It’s either too hard or too crumbly and you can’t figure out what you’re doing wrong. Why doesn’t your bread look like the ones at your favorite bakery? After all, the bread at the bakery doesn’t break easily and is perfectly airy which is why you can’t help but feel unreasonably envious of the baker.

Well, it is probable that you aren’t doing anything wrong at all. The only difference between your homemade bread and the nearest store’s bread is a little trace of dough conditioner, which gives the latter its perfect consistency, texture, and fluffiness.

What Are Dough Conditioners?

Dough conditioners, also known as dough enhancers, dough strengtheners, and dough improvers, are additives in bread that work to give the bread a longer shelf-life, better appearance, and greater consistency. They prevent over-mixing of the dough, which results in irregular rising and unappealing shapes of the loaves.

The purpose of dough conditioner isn’t to enhance taste, so it doesn’t do anything in that department. The taste of bread comes from the evaporation of the alcohol that the yeast makes as waste material.

The insoluble protein part of wheat grain is separated and dried and is then used in making bread. Wheat gluten improves the elasticity of the dough, improves volume, and enhances crumb texture of the bread.

Yeast nutrients are inorganic salts that provide the much-needed phosphorus and nitrogen for yeast growth. Yeast is perhaps the most important ingredient for the bread. Yeast is what gives the dough its volume and flavor. The yeast eats away at the sugar content and produces carbon dioxide gas and alcohol. The alcohol is responsible for the flavor of the bread and the carbon dioxide for its airiness. Yeast nutrients provide the perfect food and environment for the yeast to do its work.

As the name suggests, pH regulators are calcium salts used to balance the acidity or alkalinity of the soft water used.

Oxidizing agents basically are natural ascorbic acids and other chemicals that work on the gluten in the bread to improve its strength and elasticity. Potassium bromate, dehydroascorbic acid, calcium peroxide and iodate are common oxidizing agents used in baking.

Reducing agents, such as L-Cysteine and non-leavening yeast, are chemicals that work on the gluten to increase extensibility and shorten the mix-time, which is important for large batches of commercially-made breads.

Emulsifiers
Emulsifiers are classified into two types. Dough strengtheners make stronger bonds between the gluten and dough softeners help in reducing staling and crumb softening. Lecithin, monoglycerides, diglycerides, and DATEM are common emulsifiers that are used by bakers.

Added in powdered, liquid or tablet form, enzymes help to speed up the reactions in the dough or to induce the reactions that do not take place naturally.

What Should A Good Dough Conditioner Do?

Here are some of the areas that a dough conditioner should be able to help you out in:

A good dough conditioner provides nutrients to feed the yeast so that it can produce more carbon dioxide and alcohol, giving the dough the ideal texture and taste.

Development and Strengthening of Gluten

A good dough conditioner encourages the development of gluten by enabling more proteins to join the gluten and strengthens its structure in the dough to give it more elasticity, allowing the bread to rise better and be lighter.

Dough conditioners are extensively used in the manufacturing of commercial bread and buns as it helps quicken the process and provides more uniformity in the bread that is baked. Conditioners are used in making pizza dough, savory buns, and bread loaves for everyday use.

Should you use them though? Is using dough conditioner healthy? Since conditioner is added in very little amounts, any benefits that it can offer are negligent. Its primary purpose is to better the appearance and life of the bread, and most conditioners are FDA approved, thus are perfectly safe to use. 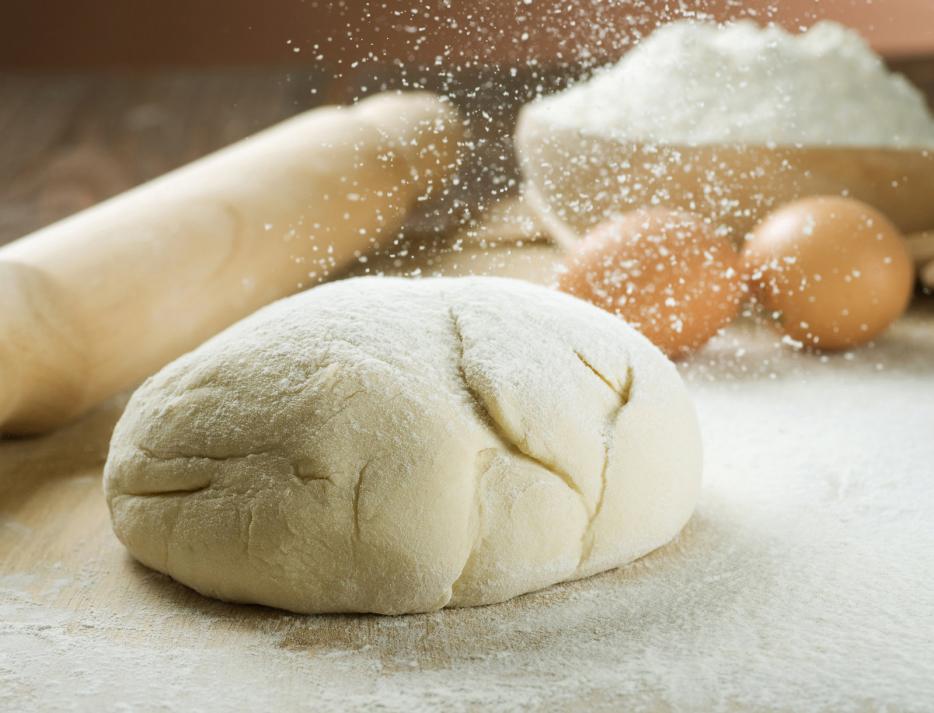 Can Dough Conditioners Be Harmful?

Bread is a staple in many homes and is eaten for breakfast, used in sandwiches and burgers, and at times even incorporated into desserts. With that said, commercial breads with some sorts of conditioners can be bad for your health. People have reported feeling sick after eating commercially produced and packaged bread. Though bread apparently seems harmless, some of the additives and conditioners can be very dangerous to our health. There are a couple of baddies that you need to be wary of. It is advised that you check the ingredients on your packaged bread before you buy it and try to avoid ones that incorporate the following ingredients in the mix.

As already mentioned, potassium bromate, KBrO3, is one of the most common oxidizing agents used in making bread. It is so effective that it can be used alone as a conditioner too. It works slowly and gives great oven spring and high tolerance. Helping in retaining the carbon dioxide, potassium bromate also gives the dough a light texture and great volume.

Used commercially as a bread improver since 1923, potassium bromate became the perfect bread conditioner for bakers and manufacturers of bread. It helped counter slow processing times to mass produce breads in very little time. It has been in great demand ever since until recently when it was discovered that potassium bromate might be carcinogenic.

Currently, it is banned in China, Australia, Brazil and most European countries, after it was researched and proven to be causing cancers in mice and rats. However, it is still allowed and approved by the FDA to be used in the United States. The reasoning that is used is that the end product has such a tiny quantity of the bromate that it doesn’t really have any adverse health effects.

However, it is best to avoid breads that are made using the ingredient especially when there are healthier alternatives to potassium bromate available.

This yellowish colored substance is used as a flour whitener and conditioner. It bleaches the bread and also strengthens it. Though FDA approved, there are strict guidelines on the quantity of ADA that can be used in the manufacturing of food products, and it is mandatory for the quantity to be stated on the label.

Azodicarbonamide became popular when it was revealed by a food blogger that it is a substance used in plastic manufacturing and is used in the buns of several giant fast food chains like McDonalds, Subway and the likes.  In 2014, Subway announced that it is dropping the ingredients from its breads because of its health adverse effects.

Azodicarbonamide is said to cause “respiratory issues, asthma, and skin problems. It is also linked to heightened sensitivity and allergic reactions to other ingredients. Banned in Australia and most European countries, the ingredient is still widely used in the United States. It does not seem worth it though, especially since there are better, safer options for dough conditioners available.

DATEM is a very controversial ingredient in the food industry, yet its use is still approved in the US.

It is a synthetic compound derived from palm and canola oil and often even comes from animal fats. It can also be used to replace gluten to an extent. However, in a scientific study done in 2012, the use of DATEM was linked to heart muscle fibrosis and adrenal overgrowth in rats, leading to cancer. Trace amounts of DATEM is considered safe by the FDA for human consumption.

Should we be using these additives? They are indeed FDA approved, but the basis of their ban in the majority of developed countries does sound reasonable.

Better safe than sorry, right? At Maverik Oils, we do not endorse these dough conditioners since we believe in quality products and food-grade ingredients that pose no threat to human health. Instead, we offer a variety of alternate dough conditioners that you can use in your businesses and homes, without any fear of unpleasant effects on your health.

Maverik Oils provide a variety of dough conditioners but only ones that are proven to be safe and without any adverse affects to human health. The compounds that we offer at Maverik Oils have been tested and declared safe by food authorities worldwide. The extraction and processing of these compounds is done under the highest quality regulations. We offer four types of dough conditioners 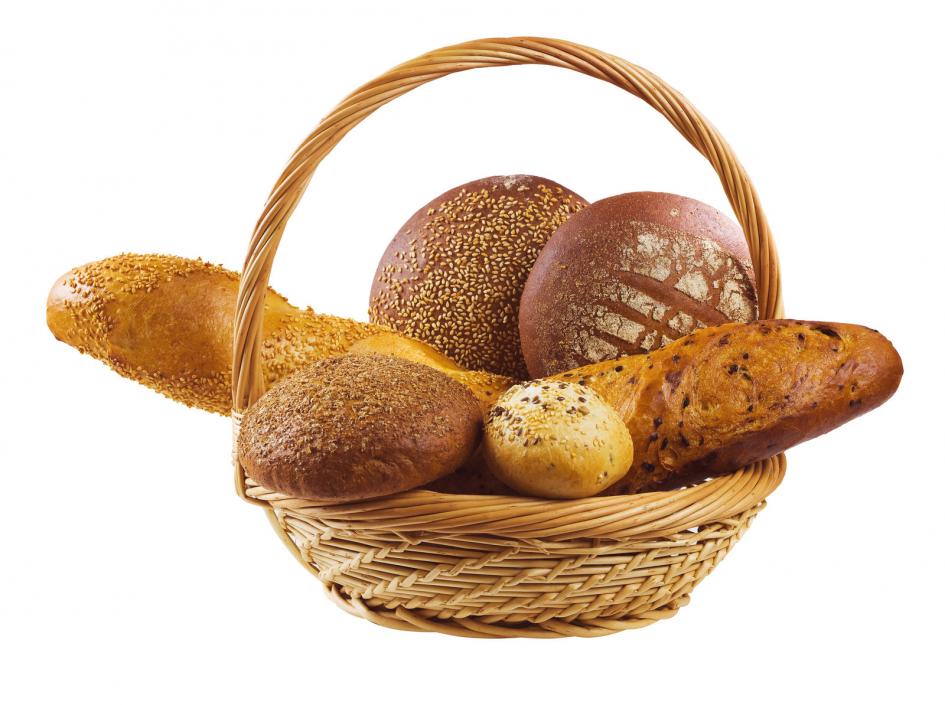 Sodium Stearoyl Lactylate is a biodegradable, FDA approved food additive that is used in baking as an emulsifier meant to soften and strengthen the dough. Derived from lactic acid, stearic acid and hydroxide, SSL forms stronger bonds between flour proteins and also reduces the staling of bread when kept in storage.

Calcium propionate is the calcium salt of propanoic acid and is used in the preservation of several food products. It is used in bread and baked products because it prevents the growth of mold and bacteria on the bread. The moisture content of bread encourages the growth of mold but the calcium content prevents this. By keeping the bread fresh, it extends its shelf-life. Moreover, calcium propionate is vegan and thus can be used in making vegan food.

Gluten gives the dough three properties: elasticity, viscosity, and extensibility. Gluten is extracted through wet milling after which it is dried using hot air. Care must be taken in this process as the hot air, if not regulated, can break the hydrogen bonds in gluten and reduce its effectiveness. Vital Wheat Gluten is declared safe for use in foods and delivers some of the most superior results for dough sharpening and spring. Maverik Oils stocks both organic and inorganic variants of vital wheat gluten.

If you’re in need of safe, high quality dough conditioners, you can visit our website and order your choice of dough conditioners. Maverik Oils delivers in bulk too, for all your business needs. So, whether you’re a pastry chef, running your own small bakery, or a large industrial manufacturer of commercial bread, Maverik Oil has you covered.