15 Benefits of Argan Oil & How to Use It

Home / Uncategorized / 15 Benefits of Argan Oil & How to Use It

15 Benefits of Argan Oil & How to Use It

Made from the kernels that grow on the argan trees native to Morroco, argan oil has remained a culinary staple in the country for centuries. However, the reason it remains so popular is not only because of its subtle and nutty flavor, but also because it has a wide array of potential health benefits.

Although the naturally occurring plant that is used to produce this oil is usually found in Morocco, argan oil is now being used across the globe for a variety of reasons which include, but aren’t limited to, culinary, cosmetic and even medical applications.

Following are some of the most important benefits of argan oil.

· It Can Help Boost Heart Health

Argan oil is one of the best sources of oleic acid. Oleic acid is a monosaturated omega-9 fat, and is also found in foods such as olive oils and avocados.

It is often credited with having protective effects for the heart. A small study was conducted with a sample of 40 people to study the effects of argan oil on heart disease risk. It showed that people who consumed 15 grams of argan oil on a daily basis for 30 days experienced a reduction of 16% in “bad” LDL levels and a 20% drop in triglyceride levels.

Another small human study showed that the effects of argan oil were comparable to olive oil in its capacity to reduce heart disease. This was due to its impact on the levels of antioxidants in the blood.

The reason behind the antioxidant and anti-inflammatory properties of argan oil are likely the various phenolic compounds present in it. More prominently, argan oil is rich in vitamin E. Also known as tocopherol, vitamin E is a fat-soluble vitamin and serves as a potent antioxidant that reduces the damaging effects of free radicals.

Additionally, compounds such as CoQ10, melatonin and plant sterols are also found in argan oil. These also play a huge role in its antioxidant capacities.

A recent study showed that mice who were fed argan oil before being exposed to a highly inflammatory liver toxin experienced a significant reduction in inflammatory markers as compared to the control group. However, even though the results are promising, more research is required to determine the effects of argan oil on humans to reduce inflammation and oxidative stress.

Primarily, argan oil is comprised of fatty acids and various phenolic compounds. Majority of this fat content comes from oleic and linoleic acids. Linoleic acid or omega-6 acid makes up approximately 29-36% of the fatty acid content of argan oil, which makes it a great source of this essential nutrient.

Additionally, the contents of oleic acid and vitamin E make it a great addition to your diet as we have already discussed their benefits. 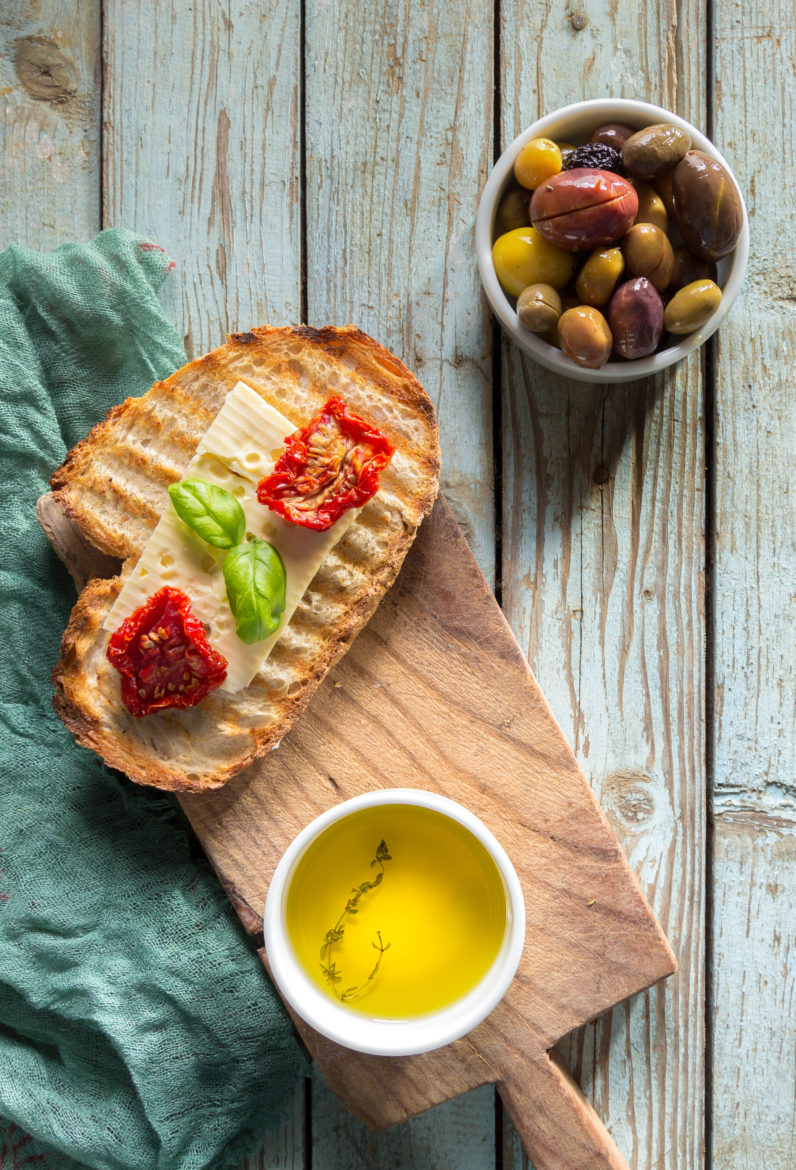 There is some evidence that argan oil may help prevent diabetes. Although the studies have only been performed on animals so far, the results show some promise.

Two separate studies performed on mice showed that mice who were fed a high-sugar diet along with a dose of argan oil showed a significant reduction in both, fasting blood sugar and insulin resistance.

However, there is still a requirement of human study to conclude whether it has the same effect on humans or not.

Argan oil has been used by Moroccan women to protect their skin against skin damage. This practice was supported by a study performed back in 2013.

According to this study, the antioxidant activity in argan oil helped protect skin against the free radical damaged caused by exposure to the sun. As a result, this prevented burns and hyperpigmentation. It is also concluded that long-term usage of argan oil may prevent the development of skin cancer, including melanoma.

To reap these benefits, argan oil can be applied topically or even taken orally as a supplement.

Probably the most common use of argan oil in skincare is as a moisturizer. It is often found in various beauty products including lotions, soaps and hair conditioners. However, for a deeper moisturizing effect without the added chemicals and preservatives, argan oil can be applied to the skin directly.

The reason it is such a great moisturizer is due to the high vitamin E content in it. Since vitamin E is a fat soluble antioxidant, it can encourage the skin to retain more water.

Aside from topical application, orally ingesting argan oil supplements on a daily basis can also improve the skin’s moisturization in the long run.

Another common use of argan oil has been in anti-aging treatments. Although for a long time it was only supported by anecdotal evidence, a recent sdy was able to back this claim.

The participants of this study were all postmenopausal. Researchers found that when provided with argan oil, in a combination of oral or cosmetic treatments, the participants showed a significant increase in elasticity of the skin. This provided an effective anti-aging treatment.

As observed in the study, you can reap these benefits by applying argan oil on the skin as well as by taking it in supplements. However, doing both may have a better effect.

Some people have skin that is naturally on the oilier side. These people would often go out of their way in order to get rid of the greasy sheen that occurs on their skin.

Due to its anti-sebum properties, argan oil can help reduce the oiliness of the skin by helping decrease the overall sebum. According to one study, topically applying argan oil on the skin on a daily basis reduced the sebum activity on the skin as well as the oiliness within one week of use.

The cause of hormonal acne is often excess sebum that is a result of hormones. Since argan oil has anti-sebum effects, it can effectively regulate the amount of sebum on the skin. Several different types of acne can be treated due to this, while argan oil can also promote a smoother complexation with consistent usage.

For ideal results, start applying organic argan oil directly on your face or on any affected area twice a day. You will start to notice a visible difference within four weeks.

Although the research on this is still preliminary, there is some evidence that supports that argan oil may help boost immunity.

A recent study conducted on rats showed that argan oil strengthened their immune system. Due to argan oil’s powerful antioxidants, it can work to stimulate proper immune function.

A common part of the aftermath of pregnancy and excessive weight loss are the stretch marks that are developed as a side effect. Since argan oil is proven to improve the elasticity of the skin, it can help reduce or even prevent stretch marks with regular usage.

The better idea is to start applying argan oil on the skin at least twice a day as soon as you suspect the development of stretch marks to prevent them altogether. However, if you’ve already developed them, then start the twice-daily treatment as soon as possible.

· Can Help Treat Some Skin Conditions

Argan oil has been used as a popular home remedy for treating inflammatory skin conditions for decades; especially in North America. Even though the scientific evidence to support argan oil’s ability to treat specific skin conditions is still limited, it has been used for this purpose way too frequently for the effects to be ignored.

Since it is proven that argan oil contains several antioxidant and anti-inflammatory compounds, it is safe to assume that it may help certain skin conditions.

Alongside skin, argan oil can also help moisturize the hair and scalp. This is thanks to its high content of fatty acids, including oleic acid and linoleic acid. These oils have been shown to lubricate the hair shaft which helps maintain the moisture content in the hair.

The vitamin E content in argan oil provides a fatty layer above your hair and scalp which can help prevent dryness. Additionally, it can also reduce fizziness and boost hair shine.

The anti-inflammatory and antioxidant properties in argan oil can also help improve the health of your scalp. In fact, it can prevent some diseases that affect the scalp and cause hair loss, including psoriasis and seborrheic dermatitis.

Although research is limited, some small scientific studies have also shown that the antifungal properties in argan oil may help prevent and reduce dandruff as dandruff is caused by a yeast-like fungus on the scalp.

Argan oil contains medium-chain fatty acids that have a protective effect on the hair. These can prevent the damage caused by washing and styling.

Although not limited to argan oil, research in 2015 showed that oils that are rich in linoleic acid, oleic acid and palmitic acid add a protective layer on the hair. This helps protect the hair against combing damage and breakage caused due to styling and heating. Regular oil treatment also resulted in a reduction of the formation of split ends, which can make the hair look dull and dead.

Another study found that when argan oil was applied to Caucasian hair after color pressing, it helped significantly reduce the damage.

How to Add Argan Oil to Your Routine?

Since argan oil is becoming more and more popular due to its various benefits, it has become abundantly available as well. Hence, it is very easy to add it to your routine. 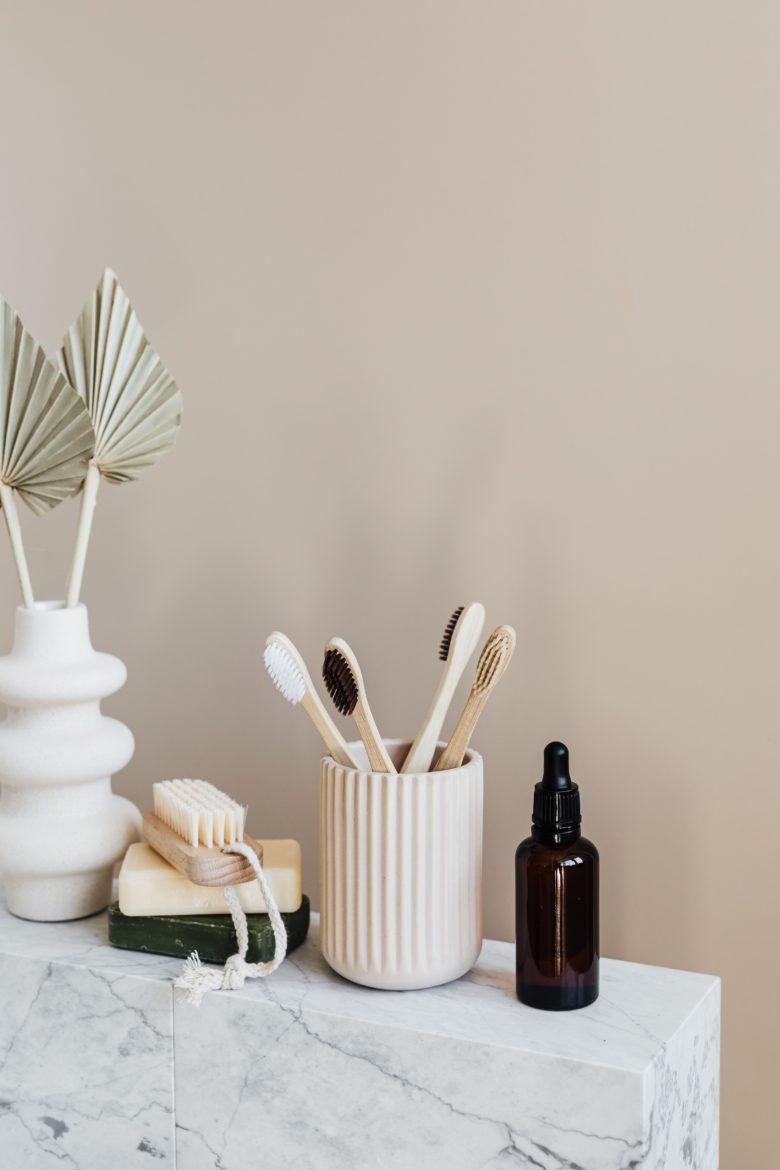 If you intend to use argan oil while cooking, it is necessary to look for the varieties that are specifically created for cooking purposes. Better yet, try to find 100% pure and organic argan oil.

Argan oil that is sold for cosmetic purposes may have other ingredients mixed in it, which may not be suitable for ingestion.

The traditional uses of argan oil include dipping bread or drizzling over vegetables or couscous. However, you can use it as salad dressing, to drizzle over pasta or even in soups.

Although it can be lightly heated, it is not appropriate for cooking as it burns very easily.

The most basic way to use argan oil on your skin is to apply it topically in its pure form. However, it is frequently used as the main ingredient in cosmetic products such as skin creams and lotions. You can opt for a balance for both of these to reap the best benefits.

However, if you’ve never used argan oil on your skin before, start slowly. Apply it in small amounts less frequently to see if there are any adverse effects. If not, slowly increase usage over time.

If there are any adverse effects, stop using it immediately.

Just like any other oil, argan oil can be directly applied on damp or dry hair and scalps for deep conditioning. It is also added to shampoos and conditioners sometimes, so you may want to opt for those if you want to reap all of its benefits.

Similar to skin, if this is the first time you are using argan oil on your hair, start slowly to check if there are any adverse effects and only continue if there aren’t.

Practical Uses of Essential Oils Around the House

Staying Healthy During the Pandemic – A Comprehensive Guide

Common Essential Oils Used in Self-Care Products and Their Benefits

9 Things to Know Which Essential Oils Are Right for You